One of the Firefly devs actually responded to my earlier question and said I didn’t need the Firefly firmata on the Arduino if I was only using the Firefly serial read/write components. For now, this works, but I wonder if I will need to output data from Grasshopper to the Arduino at some point in the future. Possibly not, if the Arduino at the base station is only acting as an interface to the XBee coordinator radio. I will have to look into this.

I used the following code to read the incoming serial data from the wireless sensor node:

The following graphic shows how the data was used to create a concept of a hallway with moving walls. By using the inverse of the sensor data, I was able to work with two sets of data so that the walls of the hallway would react with each other. Eventually, I would like to introduce a second wireless sensor as another data source.

The result is shown below. As the flex sensor is bent, one wall extends outwards while the other recedes. 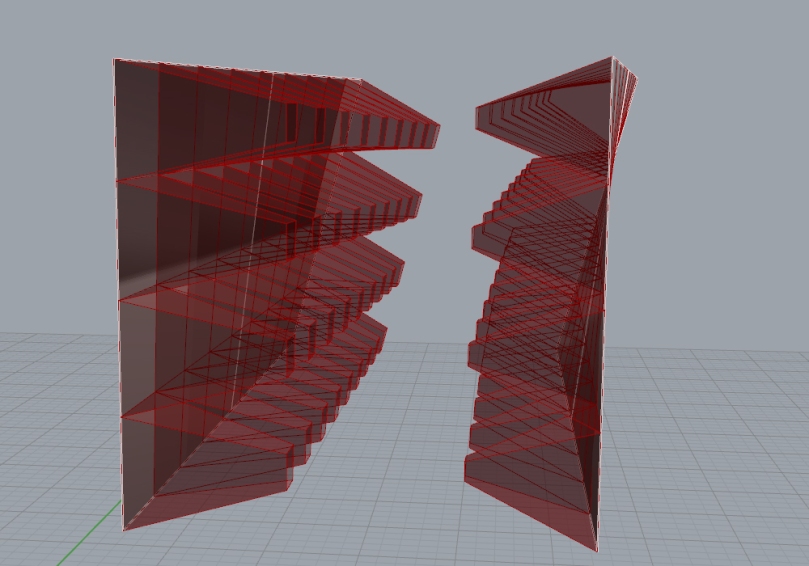 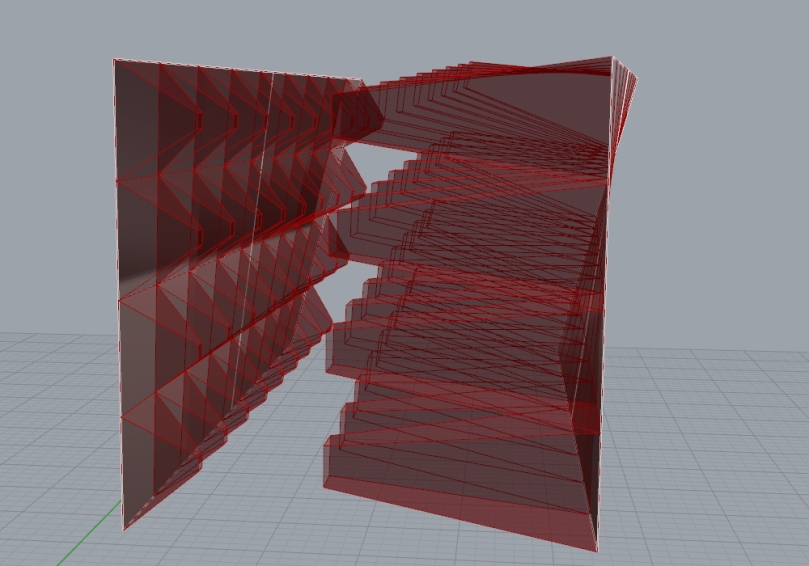 Justin Lacko is an architect working at the crossroads of interaction design and technology.